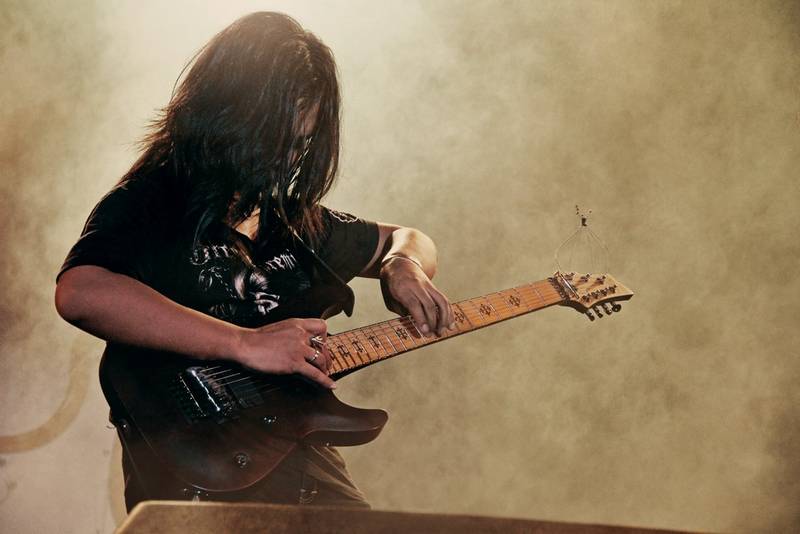 Photo by Herry Sucahya on Unsplash

Every great guitar player has their own unique sound on the instrument. In most cases their playing is unmistakable. It is instantly recognizable despite not having heard a particular song of theirs before. A great example of this is Van Halen’s solo to Michael Jackson’s Beat It. The song itself couldn’t be further away from that classic Van Halen sound. Despite that, the moment the solo kicks in, you are able to tell exactly who is playing it.

This unique voice is what appeals most to their fans. However, when such players are asked about how they develop their sound, they always seem to credit their guitar influences and/or music they listened to growing up. Many of these players learned their favorite songs note for note and some even outright say that they “stole” a particular lick from a specific song and used it in their own.

This goes to show that despite these great players trying to emulate the sounds of their heroes, they still knowing or unknowingly manage to develop their own unique sound. Here are some tips on how you can do the same.

Using the Same Scales and Keys/Modes

If you are playing at an intermediate level or higher, chances are you already have somewhat or your own playing style. This may or may not be as refined as you wish it could be yet, but it is likely that there are already some phrasing elements and playing habits that you tend to gravitate towards.

A great way to emulate the sounds of your heroes is to find out what scales and keys or modes they tend to use, and incorporate the same ideas you already have into them. This is relatively easy as you are not working on any of their specific techniques or phrasing styles, but rather, using what you already can execute to those same scales as your favorite players. This immediately puts you in the same sonic ballpark as them while still having your own unique style.

A good example of this is Yngwie Malmsteen, who is famous for using the Harmonic Minor scale and its modes. Translating your go-to phrases and melodies to this scale will give you that Malmsteen sound even if you don’t match his playing speed. Similarly, using the Lydian scale to get that Satriani or Vai sound.

Another great way to incorporate your favorite players’ styles into your own is to use similar phrasing elements as them. You can do this by learning solos of theirs that you enjoy note for note to the point that they become engrained into your muscle memory.

Once this happens, simply translate those same phrasing elements to other scales or positions which you enjoy playing. For example, you can use the same scale sequence in your favorite solo over a completely different scale or mode. You can even move the sequence up or down diatonically. This can be done with ANY technique or idea in your favorite solos.

Another good approach is to exaggerate those ideas when you are improvising and tweak them accordingly to until you get the sound or phrase you are looking for.

Listen to The Same Kind of Music as Your Heroes

One thing that many great players do is that they do not only listen to guitar related music, despite the guitar being their instrument of choice. They take ideas from other instruments ranging from a variety of different genres and styles, and translate those ideas to the guitar. This is a great approach as it allows them to come up with lines or phrases they otherwise would never even think of.

Paul Gilbert is a good example of this. Upon studying the influences of Van Halen, which is one of his favorite players, he discovered that Van Halen was hugely influenced by his dad, who was a jazz clarinet player. Paul then went on to transcribe other clarinet players’ lines to the guitar and eventually used those ideas in his own music later in his career. This shift in his playing style is very obvious.

You can do the same by going beyond just studying your favorite players, and instead study the artists that influenced them. Translate those ideas to the guitar and make them your own.

Learning to play guitar on your own can be frustrating and challenging, especially if  you don’t know what to do. Having a great teacher makes the whole process more  fun, enjoyable and gets you real results fast.