WHAT IS GUITAR TAB?

Guitar tablature (or guitar tab) is a popular (and easy) way of reading and writing guitar notation. In this article you’ll learn the basics for reading guitar tab and gain an understanding of the various symbols you might see on a page of guitar tab.

In Figure 1, the six horizontal lines represent the six strings of the guitar. The thickest string is at the bottom and the thinest string is on the top. The numbers placed on the lines, in Figure 2 indicate which fret is to play on the guitar.

The tab lines represent your guitar with the highest sounding string on top and the lowest string on the bottom.

Just as the horizontal lines represent your guitar strings, numbers on the lines represent the frets on the guitar. In the example above the “zero” signifies an open string.

In the example above, the guitar tab tells you to strum a G chord three times.

Melodies and riffs are written along the horizontal lines (left to right). Chords, however, are placed on the lines vertically, as shown above.

Chords are written and repeated to indicate how many times they should be strummed.

What About the All Those Symbols?

When playing the guitar, there are several techniques you could use in a song. Well written guitar tab will indicate which techniques to use by displaying the proper symbol above, below, or next to the fret number. Here are a few of the most common techniques you will encounter:

Strike the first (lower) note with one finger, them play the higher note (on the same string) with another finger by fretting it without picking.

As heard on Cochise by Audioslave 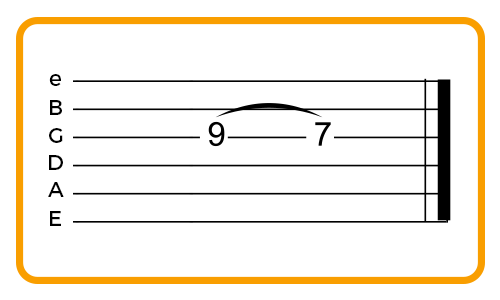 Place both fingers on the notes to be sounded. Strike the first note and without picking, pull the finger off to sound the second (lower) note. 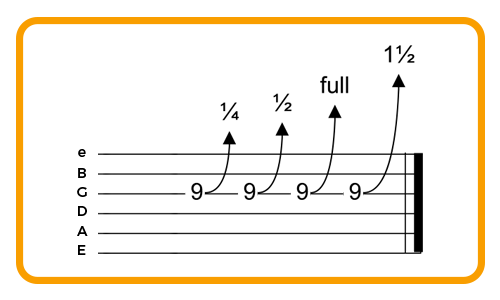 Strike the note and bend up to the indicated pitch.

As heard on A Quitter Never Wins
by Jonny Lang 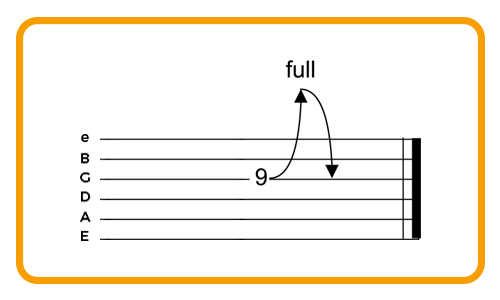 Strike the note and bend up to the indicated pitch, then release back to the original note. Only the first note is struck.

As heard on 4th of July by Soundgarden 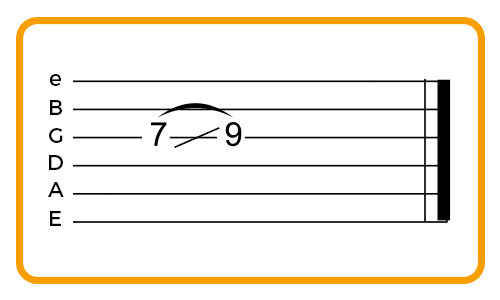 Strike the first note and then slide the same fret-hand finger up or down to the second note. The second note is not struck.

As heard on Hold Fast Hope by Thrice 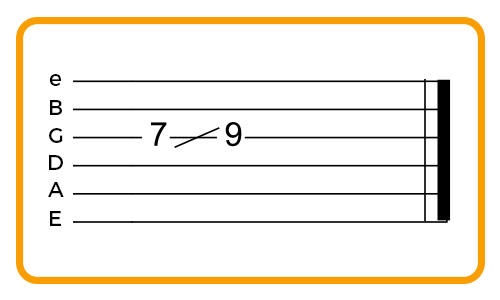 Same as legato slide, except the second note is struck.

As heard on Air Chrysalis
by Animals As Leaders 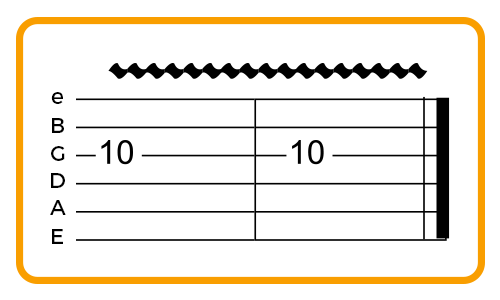 The string is vibrated by rapidly bending and releasing the note with the fretting hand.

As heard on Shine On You Crazy Diamond by Pink Floyd 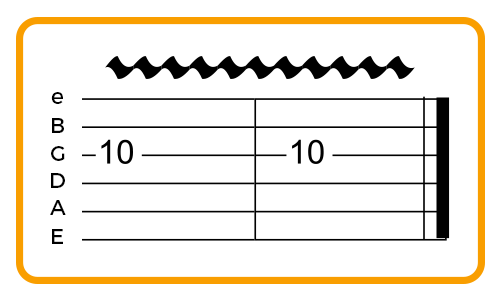 The pitch is varied to a greater (exaggerated) degree by heavily vibrating with the fretting hand.

As heard on Purple Haze by Jimi Hendrix 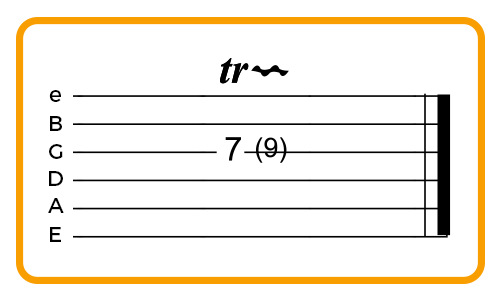 Very rapidly alternate between the notes indicated by hammering on and pulling off.

As heard on Little Wing
by Stevie Ray Vaughan 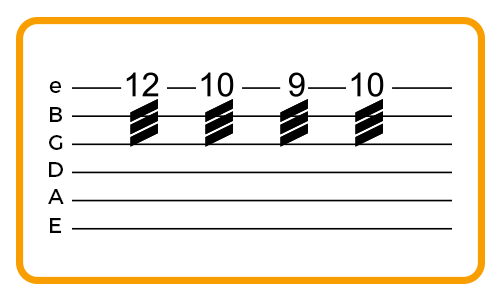 The note is picked as rapidly and as continuously as possible.

As heard on Airbag by Radiohead 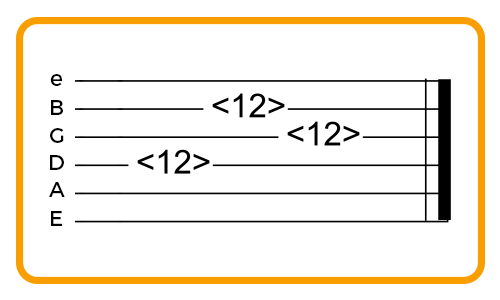 Strike the note while the fret hand lightly touches the string directly over the fret indicated.

As heard on Weapon & the Wound
by Days of the New 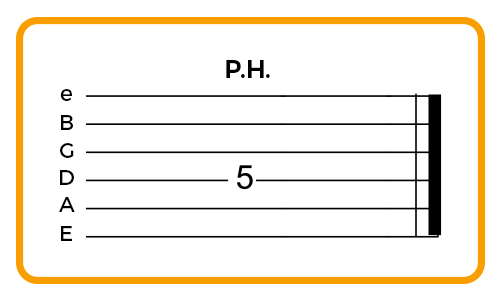 The note is fretted normally and a harmonic is produced by adding the edge of the thumb or the tip of the index finger of the pick hand to the normal pick attack.

As heard on La Grange by ZZ Top 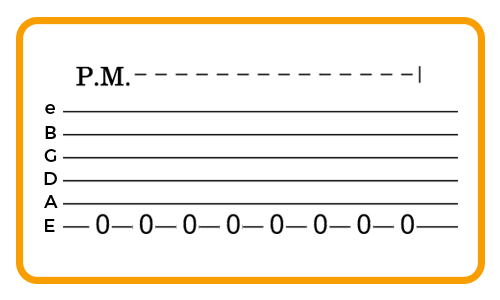 The note is partially muted by the pick hand lightly touching the string(s) just before the bridge.

As heard on Enter Sandman
by Metallica 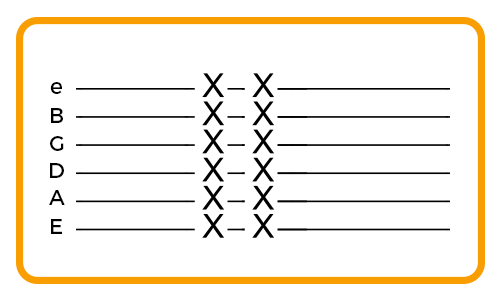 A percussive sound is produced by laying the fret hand across the string(s) without depressing them and striking them with the pick hand.

As heard on Machine Gun by Jimi Hendrix